Storytelling and PR: Connecting the Dots

Tell me, when you think of compelling storytelling, what comes to mind? Perhaps your favourite binge-worthy TV show or that book you’ve read over and over throughout the years. There are many reasons these stories stick with you; relatability, originality, uniqueness etc. Well, Public Relations is actually no different than these mediums—like television, movies or books, we have to find a way to connect to our audience.

Let’s say you’re doing a fundraiser for a local hospital. You have your key messages, statistics and campaign goals ready to go in a presentation. You present to the audience and wait for the money to roll in but—oops—the donations fall a little flat. Why might that be? Well, if you simply present stats and figures to your audience, something vital is missing: a connection.

Think about it—while a statistic may be sad or even shocking, it doesn’t quite grab you in the same way a personal story does. Let’s try something– which of the following information would make you more likely to donate to the hospital:

According to cancer.ca,  the 3 types of cancer that account for the majority of cancer death in children 0–14 years of age in Canada are:

Amanda was just 5 years old when she was first diagnosed with a rare form of leukemia. After her diagnosis, she immediately began chemotherapy and radiation treatments at Memorial Hospital where she continues treatment nearly two years later. Although she has been through more than most 7-year-olds, you wouldn’t know it by meeting her—she is a “ray of light,” as her mother describes her. “Sometimes I feel like she’s stronger than the rest of us,” her mother Julia says, with tears in her eyes.

You get the picture. Now imagine this story with an image of Amanda or video showing the family—powerful stuff. It’s not about making anything up or even stretching the truth; the truth is actually the most powerful tool you have. If your fundraiser is going towards Memorial Hospital either way, why not show the potential donors exactly where their money is going? It’s a win-win: donors will feel like they’re truly making a difference in real people’s lives and the hospital will receive more donations.

Sure, statistics can be a useful backup for your narrative but they can’t be the entire story. One personal story can be much more effective than dozens of stats and figures. It’s how we’re wired. 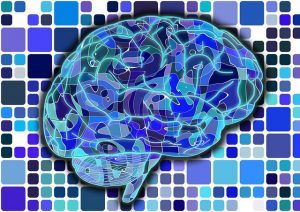 Turns out, there’s a scientific reason these stories resonate with an audience.

According to an article published by Leo Widrich, there’s a significant difference between being given simple facts and being told a story involving those same facts.

“It’s quite simple. If we listen to a Powerpoint presentation with boring bullet points, certain parts in the brain get activated. Scientists call these Broca’s area and Wernicke’s area. Overall, it hits our language processing parts in the brain, where we decode words into meaning. And that’s it, nothing else happens.” – Leo Widrich

On the other hand, a story or great narrative activates more emotional parts of the brain—ones “we would use when experiencing the events” ourselves. So, for the story about Amanda above, we feel empathy because of the part of our brain that has been activated. It sounds pretty clinical but it makes sense, right? After all, folks—we’re but simple humans.

Not every story is going to be as heart wrenching as Amanda’s—they could be feel-good or nostalgic. The trick is— say it with me, now—finding a connection with your audience. Ask yourself this: will people really care about what we’re saying? If it doesn’t create some sort of emotional response, your story will likely get lost in the shuffle. An article by Michelle Dziuban suggests you keep the following in mind when you’re trying to create a powerful narrative:

In addition to those fine points, I recommend the following:

Looking for some help to develop a story for your company or campaign? Contact us for a complimentary consultation!