by Stephanie Gillis-Paulgaard | May 18, 2020 | Uncategorised 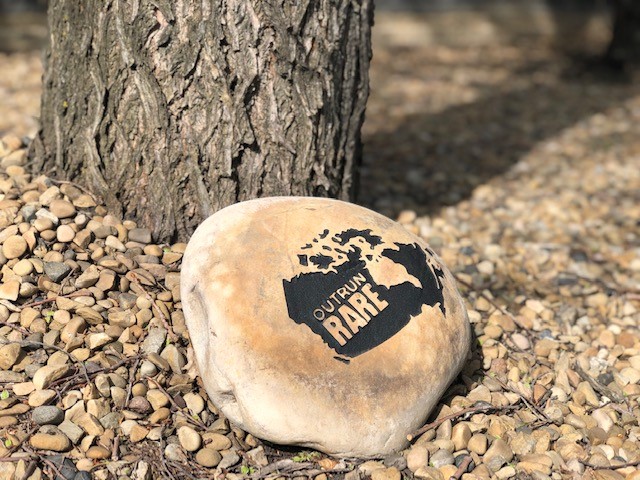 Feeling reflective today. It was to be a celebratory day in St. John’s, Newfoundland. The official kickoff to a national awareness campaign with Dave Proctor, founder of Outrun Rare and rare disease advocate.

It was to be the comeback story of the year. After being sidelined back in 2018 with a back injury, Proctor was forced to hang up his 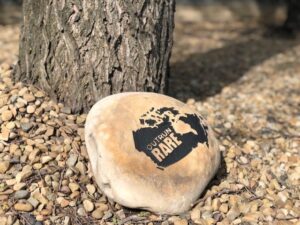 running shoes and suspend his TransCanadian speed record attempt.  Simply put, Dave is a beast in the ultrarunning community with too many records to list.  He has taken his love of running and used it as a vehicle to be a voice for another community he’s a part of, the rare disease community.

For those who may not be familiar with Dave’s journey, let me back up a bit. Sam is Dave’s 11 year old son – he lives with an extremely rare genetic disease — Relapsing Encephalopathy with Cerebellar Ataxia, or RECA — that compromises his balance and coordination and turns simple movements into a challenge.

The 2018 TransCanadian speed record had multiple goals: to spark a national conversation around  the need for better access and support for rare families across Canada and to raise funds for rare research. The campaign, while cut short, was successful on many fronts. Canadians from coast to coast were following Dave’s progress via a live tracker – the ‘blue dot’ (although secretly we desperately wanted the dot to be orange to symbolize ‘rare’), holding events as he past through major centers, and crafting handmade signs to hold up as he passed on the highway. All this while raising over $300,000 for the Rare Disease Foundation. But we knew there was more work to be done.

Fast forward to today – May 18, 2020 – the day Dave was to dip his cowboy hat in the Atlantic Ocean and head west – 105 kilometres a day for 67 days. The 2018 campaign didn’t end the way we envisioned and now the 2020 campaign was done before it even started thanks to COVID-19. All the planning was halted, plane tickets reluctantly cancelled, a forced pause. So now what? We do what we do best, we pivot. We refocus to 2021. Outrun Rare will drive forward. This time as an independent awareness and advocacy vehicle to support the entire rare disease community. One unified voice.

What I’ve learned about Dave Proctor – he doesn’t do anything small. The rare community needs a strong voice to create change, to move the needle. He is that voice. I am forever grateful that Dave reached out to me four years ago to share his “little” idea and invite Take Roots to be a part of it.  This community, this initiative, has changed me. It has been one of the greatest gifts. To have a front row seat to bear witness to all that is to come is an incredible feeling. I have no doubt that Dave will continue to embark on challenging feats over the next year to ‘sharpen his knife’.